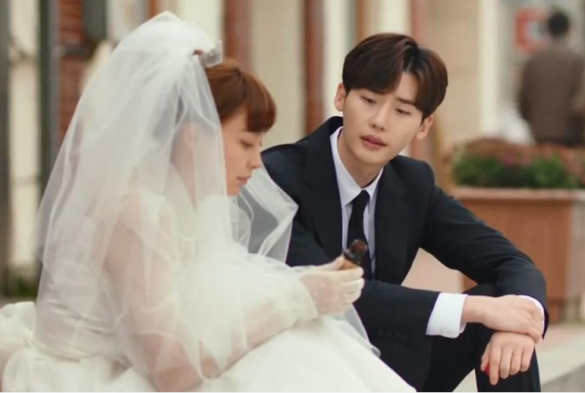 Romance is a Bonus Book

My brother is getting married at the end of this month. “So what?” You say? He’s in his middle age and this is his first marriage, where marrying was something he never intended to do. For reference, I wrote an end-of-the-year piece last year (https://freethekimchi.wordpress.com/2019/01/05/when-you-cant-ignore-life-because-of-kdramas/) that mentioned my brother in vague terms and how he was coming out of a very dark time in his life (which my 2018 drama-watching emulated). We were very close as children, and although I’m hard on him, and his life-choices, we share a connection emotionally, and it’s flabbergasting (that’s a word, I looked it up) how similar my drama-watching has correlated to his life this year.

Rom-coms were what I fell in love with first in K-dramas. The organic way that people meet and fall in love in most K-dramas was refreshing when I started watching them. I dated to find that soul-mate, that person that I would spend the rest of my life with. Maybe that’s old-fashioned, but that’s what I gravitated towards in K-dramas as well. It’s no surprise that the dramas I enjoyed the most this year had heavy romantic undertones. 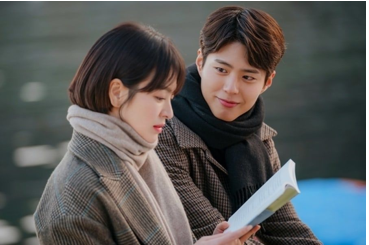 Encounter did have a lot going for it initially. A chaebol heiress who falls for a subordinate puppy but the entire time having to weigh the pros and cons of the publicity and if it would look like she was taking advantage of someone much younger and with much less power than she. That’s complicated. Being in a position of power myself, and most my female friends are pretty successful and at the top of their careers as well, it is very difficult to find and date people with similar power matches. A physician friend of mine is amazing, but very picky, and very single. My husband and I tried to set her up with a psychologist once; they talked but never actually went out. My brother is marrying someone much younger as well, but he took up all our advice and dated someone the family knew, someone young, but very intelligent and very capable. Someone looking in from the outside would think that he’s taking advantage of her, but anyone who knows my brother will say that she is the one who will likely steer that ship. Unfortunately, Encounter was not that memorable after the first few episodes, and went the way of most Kdramas by being utterly predictable, without a compelling couple to keep most people interested in it.

Romance is a Bonus Book

Then there was Romance is a Bonus Book. After being left by her husband, Dani, our heroine, found herself homeless, a single mother, with no support or prospects. No one would hire her because of her age and situation in life. Another acquaintance of mine found herself in this very situation after moving here with her physician husband. At the top of the sales game, she quit work to raise a family for 14 years, but shortly after moving to town, she divorced her husband, and found herself starting over again. Now, she’s not a saint, and I won’t make her one, but not working for over a decade and trying to find a place in the workforce again is daunting for anyone, but finding yourself in a relationship again is even more of a narwhal. Romance is a “bonus” for so many people. We focus on ourselves, becoming productive members of society: successful, self-reliant. Or maybe we become the opposite: depressed, anxious, thinking that we’re not good enough for someone, and that’s when we miss the romance. The latter was my brother, who lost 20 years of his life to depression, and never thinking he was good enough, or that he had anything to offer anyone. It was certainly a “bonus” that he found a romantic relationship–even narwhals exist.

Reach of Sincerity was a little gem that in the hands of less talent, would have been the most boring show this year. The story was simple, but also so over–the-top: A washed up actress needing a role goes to a law firm to do research with a successful, but prickly, lawyer, one with no time and no thought for romance. He surprised even himself by falling for the ingénue.   And she surprised herself falling for the aloof and serious workaholic. But Yoo Inna’s and Lee Dong-wook’s chemistry, satisfying since Goblin, took this show to another stratosphere with their adorable antics (pretending not to be dating, but totally are)!   And as my brother never dated, I saw how adorable he was when he was finally in a relationship!   (So adorable, like squishy, just want to squeeze the both of them to smithereens adorable!)   One thing he’s said in regards to his soon-to-be wife: “I don’t know how I could have ever thought I could be okay (not even happy, just okay) without a partner now that I know you.” So cheesy, but really, very profound.

And what of Her Private Life? (Yes, I was really on a rom-com roll this year.) If ROS had sweet chemistry, this one sizzled with a confirmed bachelor and a bachelorette fan-girl who put said bachelor’s (spoiler-alert: secret half-brother) idol on a pedestal. How can a real person compete with an adorable idol? Well, compete he did, and our Ryan, the Lion, got the girl by being supportive of her fan-girl habits. Two people with similar interests finding each other through work. That’s almost how anyone meets these days.   My brother is the same, his fiancée and he work doing the same thing, just at different businesses.   For any lasting relationship, there much be an understanding of each other’s talents and work ethic (and also their potential K-idol addictions).

The Secret Life of My Secretary

Then there was my favorite, the one that was worthy of a binge-watch, at least as close to one as I could muster, finding myself at 2 am, laughing so hard I was crying at the ridiculousness of seeing fish CPR, and wondering why on earth I was even up then watching such shenanigans! We all know this show as the “fish cult” show, The Secret Life of My Secretary. Another chaebol heir with his subordinate, but totally dependent on that subordinate to function in his daily life. The power dynamic was much less of an issue here because (as societies go) male bosses and female secretaries are much more commonly seen, but also because our male lead was such a likable character portrayed deftly by Kim Young Kwang. I did appreciate the show not miraculously heal our chaebol once he realized that the one he needed was standing in front of him this whole time, but to appreciate the times that he could recognize her by her face and cherish her that much more. My brother’s illness didn’t miraculously disappear when he met his future wife either, but his days are definitely better than prior to meeting her. And finding someone who understands your weakness, supports you, and makes you stronger is something that is more valuable than a 100 million won arowana.

So, there it is, the rom-coms I watched in 2019, following the uncannily similar path of my own brother’s love life. But I’m also thinking of so many other’s as well. I’m blessed to hear all kinds of love stories in real life. Cute elderly couples who have found love again with another after their spouses have passed; people like my brother who marry in middle age for the first time; those you married their first love, or that kid in the 3rd grade that was funny looking, but grew up to be pretty handsome. This is why I love love-stories. All are different, but somehow all the same. And to those still writing their story, maybe you’re writing a “How to be successful in life” book, or an “I’m okay alone” book, don’t write off romance which REALLY is a bonus book!

Ally– Our fearless leader and consummate hostess–it is her house we overrun. Able to cure a stuffy nose and watery eyes in a single shot!

Amy– Our experienced blogger and pastry chef extraordinaire. Able to secure a loan with one click of her pen!

Kimmi– Our loyal friend, who loves cooking and inappropriate humor. Able to make a car wreck disappear with one phone call!

Chi– Our retired halmoni, without kids of her own but adores all of us! Able to out drive, out chip, and out putt all of us with a stroke of her golf club!

NeNe– Our reluctant hobby farmer wife, may be inappropriate at times, but her stories make up for all of it! Master of words and rhyme, and can put you in your next dream home as well!

LadyInRed– Our wittiest, dryest humored companion. Ready with a punny joke at any time, and will likely save all our lives one day, whether from intoxication, stroke, or dementia–whichever comes first!

Shadow:  When she’s not at her grandkid’s ball games, you might find her with us.  And in a past life, she had the management prowess of any K-drama CEO out there!

Sunny: Our newest member, and the youngest as well!  But don’t let her fool you, she has more “power” in her little finger than all of us combined, and it’s nice to know someone who controls the power grid in town!

Honorable husbands:
Bogeyman and Phantom, in a bromance all their own. Phantom is a great chef and husband to Ally. Bogeyman is husband to Kimmi and apparently thinks we are doing a golfing blog.

Links or products on this site does not constitute an endorsement of these. We are not getting paid by anyone through this site and are otherwise gainfully employed through other means.